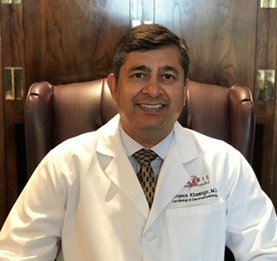 Dr. Terrance Khastgir is a board-certified cardiologist and electrophysiologist who operates in a tertiary hospital setting involving organ transplantation, assist devices and radio-frequency ablation procedures. He obtained his medical degree from India and completed his residency and fellowship training at Sinai Hopkins Program and OU Health Sciences Center. He has been awarded the young investigator award from the American College of Chest Physicians. He participates in ongoing research projects involving cardiac-assistive devices. He has extensive experience in the fields of cardiology and electrophysiology. 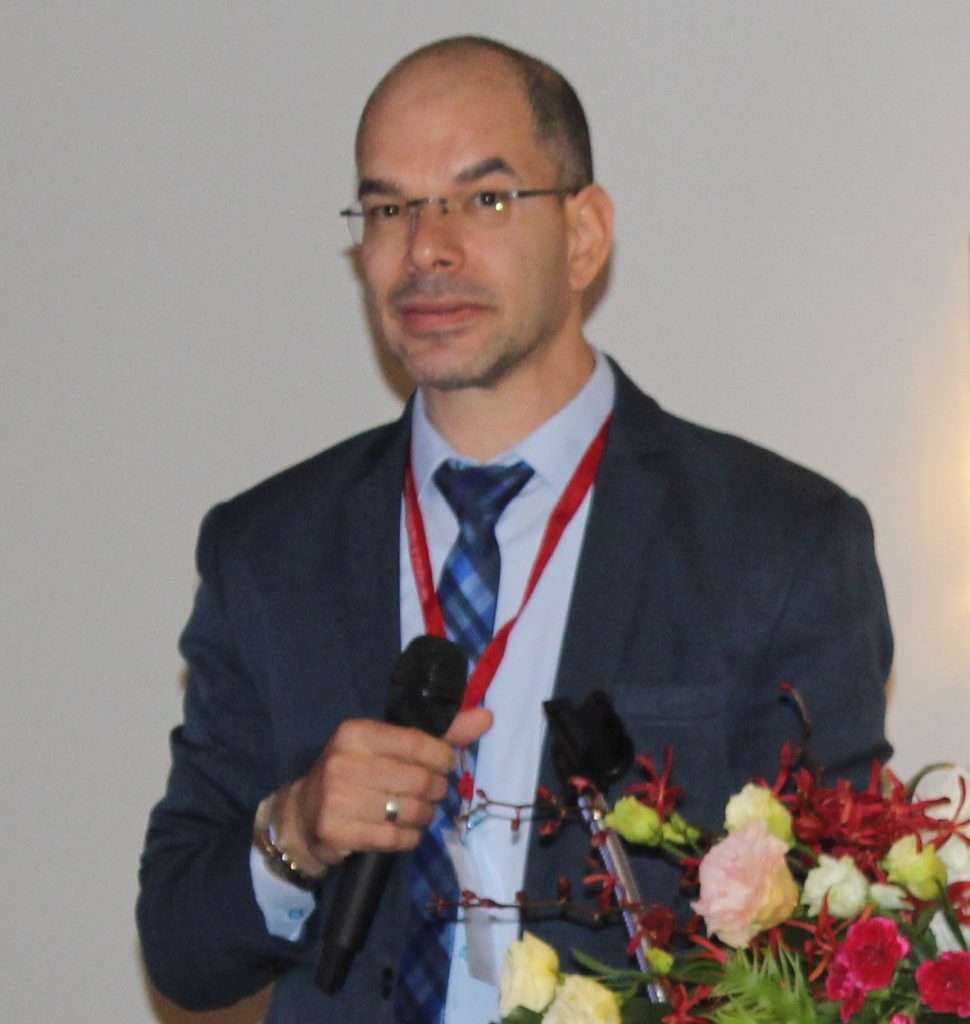 Dr. Ahmed Fouad has completed his fellowship and advanced training in adult Cardiac Surgery at Dalhousie University, Halifax, Canada. He is currently a consultant Cardiac Surgeon at Ain Shams University, Cairo, Egypt and the head of Cardiac Surgery Department at Elaraby Hospital, Egypt. He has interest in research and publications and attended many international conferences. He is also interested in developing the knowledge and skills of young trainees in the field of Cardiac Surgery.

Chonthicha Tanking received her medical degree with second degree honor from Chulalongkorn University, Bangkok in 2011. She then pursued her interest in cardiac imaging and cardio-oncology at Royal Brompton Hospital, London. After receiving the level III accreditation in cardiac MRI, she has set up a cardiac imaging unit at Chulabhorn Hospital. Currently, she is responsible for building up a cardio-oncology unit at Chulabhorn Hospital. Her recent cardiac lymphoma case was published in the European Heart Journal- a case report.

In 2014, Dr Abu Akar introduced the uniportal VATS approach to his country after learning the technique from his mentor Dr. Diego Gonzalez-Rivas. In 2016 – 2017,  completed his clinical fellowship in Shanghai Pulmonary Hospital, Shanghai, China, where he gained experience in Subxiphoid and Intercostal single port VATS approaches. Dr. Abu Akar is currently the head of a Thoracic surgery unit especially dedicated to Uniportal VATS and minimally invasive Thoracic Surgery in Al- Makassed hospital in Jerusalem. Dr Abu Akar published several papers and textbook chapters in his field. Since 2017, he has been elected for being the treasurer of the Israeli society of Thoracic surgery.r. Ahmed Fouad has completed his fellowship and advanced training in adult Cardiac Surgery at Dalhousie University, Halifax, Canada. He is currently a consultant Cardiac Surgeon at Ain Shams University, Cairo, Egypt and the head of Cardiac Surgery Department at Elaraby Hospital, Egypt. He has interest in research and publications and attended many international conferences. He is also interested in developing the knowledge and skills of young trainees in the field of Cardiac Surgery.

Chonthicha Tanking has completed her medical degree from Chulalongkorn University, Thailand. She then pursuits her interest in cardiac imaging and cardio-oncology at Royal Brompton Hospital, London. After recieved a level III accreditation in cardiac MRI she came back to set up a cardiac imaging unit and start a cardio-oncology unit at Chulabhorn Hospital, Thailand. Her recent publication about a cardiac lymphoma case was published in European Heart Journal-case report 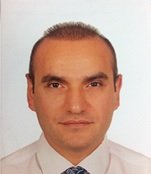 Dr Yalcin received his medical degree from Ankara Medical Faculty in Turkey, then he completed his residency in Cardiology in Istanbul University in 2008. He has been working as an Interventional Cardiologist especially in field of coronary department for 10 years.  He has several publications which have been cited several times. He has been serving as a reviewer of some journals. 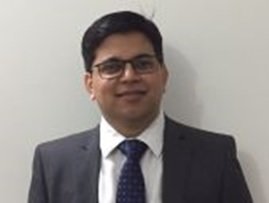 Dr. Charu Sukhlecha has graduated with MBBS, MD(Anaesthesia), MRCP(United Kingdom), European Diplomat of Intensive Care Medicine (EDIC) and European Diplomat of Anaesthesia and Intensive Care (EDA). He is currently working as a Specialist Doctor in Intensive Care Medicine at Queens Hospital, United Kingdom. He has several publications to his name and has been serving as an editorial board member of reputed Journals. His special clinical interest is in Renal physiology, Acute Kidney injury, Renal failure in ICU and Renal replacement therapy (RRT) in Critical care. He is also the national convener for the updation of KDIGO guidelines in UK. 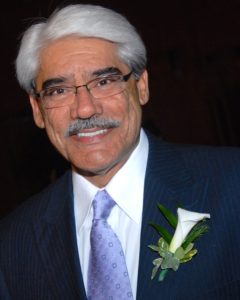 Dr. Abdulla (MD UBC) is Board certified in Int-Med, Cardiology and Interventional Cardiology.(UBC,UCLA,USC)

His Cardiology experience spans Clinical, Academic and Program development areas in North America, Asia & Africa. He has had Academic appointments at Universities of Toronto, Ottawa Heart Institute and AgaKhan University, Pakistan as first Professor and Head of the Cardiology Program, which he led and established.  Assisted development of Cardiac Program at AgaKhan Hospital, Kenya. Head of NE Ontario Cardiovascular Program, where he established Cardiac Nuclear, Pacemaker and Rehabilitation units. Established the new Cardiac Catheterization Program in Peterborough, Ontario. 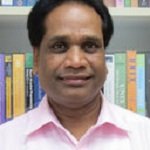 He is currently a Professor in the Department of Computer Science and Information Engineering, Chang Gung University, Taiwan. He has been an Adjunct Associate Researcher in the Department of Cardiology and an Adjunct Researcher in the Division of Colon and Rectal Surgery, Chang Gung Memorial Hospital, Taiwan since 2016 and 2018, respectively. His current research interests include applications of artificial intelligence to analyze cardiology, cancer, and brain image big data. Prof. Sahoo has worked as the Program Committee Member of several IEEE and ACM conferences and is a senior member, IEEE.

Dr. Ahmed Fouad has completed his fellowship and advanced training in adult Cardiac Surgery at Dalhousie University, Halifax, Canada. He is currently a consultant Cardiac Surgeon at Ain Shams University, Cairo, Egypt and the head of Cardiac Surgery Department at Elaraby Hospital, Egypt. He has interest in research and publications and attended many international conferences. He is also interested in developing the knowledge and skills of young trainees in the field of Cardiac Surgery.

Dr. Rano Mal Piryani is a professor of Internal & Chest Medicine and Medical Education. He has completed MBBS (1986), MCPS (1991), DTCD (1992), MD in Chest Medicine (2002) from Sindh Pakistan and Fellowship in Medical Education (2013) from PSG FAIMER Institute Coimbatore India. He has been serving Nepal since April 2003. He has over 120 publications cited over 348 times; his publication H-index is 10. He has been serving as an editorial board member for reputed journals and peer reviewer of more than 15 national and international scientific journals. He has produced clinical method titled “History Taking & Clinical Examination at a glance”; second edition is published by Jaypee Brothers in 2015 and third edition will be released in January 2019. He has produced tow dictionaries “Alike words in Nepali & Urdu” and “Alike words in Nepali & Sindhi”.  He is a resource person for training in medical education and bioethics. 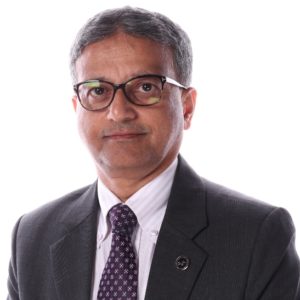 Dr Yadav Kumar Deo Bhatta has completed his MBBS from Madurai Medical College, Madurai Kmaraj University, India in 1988.  He is the President of Cardiac Society of Nepal. He has several indexed publications that have been cited many times, and he has several academic activities in cardiology and cardiothoracic surgery. 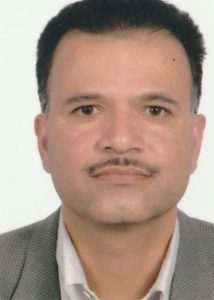 Dr Bhupendra Basnet MD DM is the Director of Bir Hospital Kathmandu, Nepal.  He is the Professor of Gastroenterology in National Academy of Medical Sciences Bir Hospital Kathmandu, Nepal. He has many national & international publications. He is the former general secretary of Nepal Medical Association. He has been recently honoured from Right Honorable president of Nepal – Prabal Jana Sewa Sri IV. 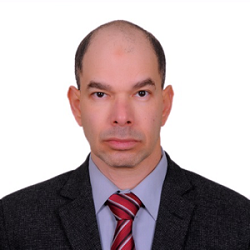 Ahmed Fouad has completed his MD (Doctorate) Degree from Ain Shams University, Egypt in 2013, USA. He is the Consultant and Head of Cardiothoracic Surgery Department in Elaraby Hospital, Egypt. He is the Lecturer in Ain Shams University Hospitals, Egypt. He did his Cardiac Surgery Clinical Fellowship at National University Hospital, Singapore in 2006. He has published several articles and has many certifications and Honors Recognitions in his name. 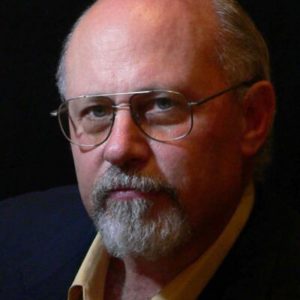 Mr. Michael R. Gunderson is the President of the Center for Systems Improvement, which provides consulting and support services to healthcare organizations and industry primarily in the areas of performance/value improvement and systems of care, with a focus on high-risk time-sensitive conditions (e.g., acute myocardial infarction, sudden cardiac arrest, trauma, sepsis, and stroke). Mic is currently working with the American College of Cardiology to develop products and services to support EMS and cardiovascular related systems of care.

Begoña García Zapirain was born in San Sebastian (Spain) in 1970. She is the Head and main researcher of the DeustoTech‐LIFE Unit at the University of Deusto and of the eVIDA research group, which holds the Basque Government Recognition R‐2010. She graduated in Telecommunications Engineering and she specialized in Telematics at the Basque Country University in 1994. In 2003 she defended her Ph.D. dissertation based on the pathological speech digital processing field. In 1997, after 5 years working for ZIV Company she joined the Engineering Faculty at the University of Deusto as a lecturer in signal theory and electronics. She led the Telecommunications Department from 2002 to 2008. She participated in more than 50 national and international research projects since 2002, leading 43 of them as the main researcher. As a result of these projects, she has published more than 20 articles in international journals, written several books and chapters, and presented more than 50 papers in international conferences. She is currently the director of 8 doctoral theses. She is a Member of IEEE and EURASIP, she is nowadays part of the CGames and ISSPIT organization committee and she serves as reviewer and editor in several international conferences and journals. 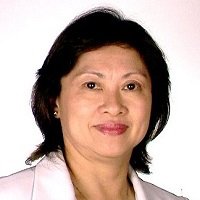 Maria Lourdes S Casas is a Pediatric Cardiologist certified by Philippine College of Cardiology. She completed her education and fellowships from University of Santo Tomas College of Medicine in the year of 1979. 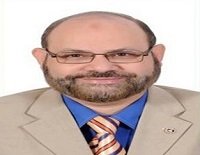 Ezzeldin A. Mostafa has completed his MD, PhD, MBA. He is the professor of Cardiovascular & Thoracic Surgery Ain Shams University Hospital Cairo, Egypt.